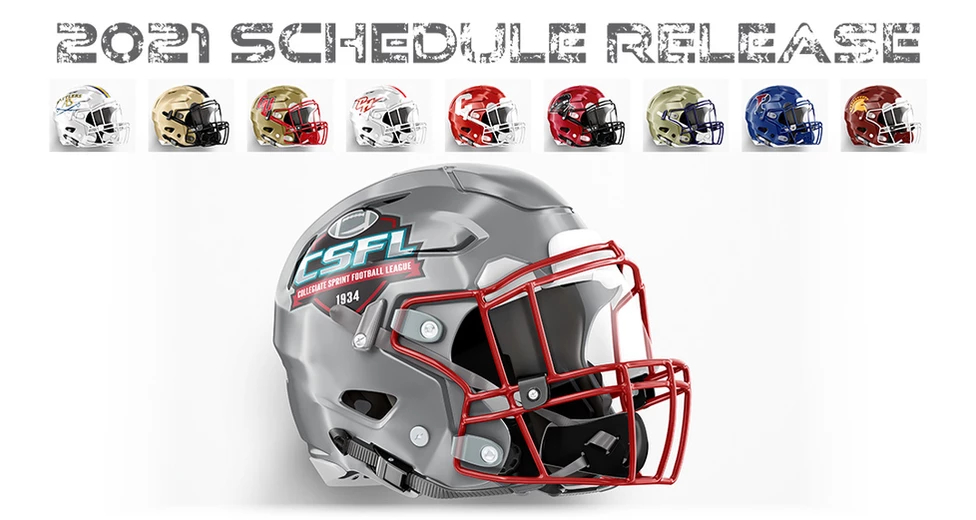 NEW HAVEN, Conn. -- The Collegiate Sprint Football League (CSFL) on Monday released its 2021 schedule, as announced by Commissioner Dan Mara. The 2021 season gets underway the weekend of Sept. 17-18, with the regular season concluding on Nov. 5-6.

The winner of each division will advance to the CSFL Championship Game during the weekend of Nov. 12-13. More information about championship weekend will be announced by the conference at a later date this spring.

Each of the nine schools will play at least seven games during the regular season. In addition to those contests, schools will also have the opportunity to schedule an additional game (if they so choose) for the weekend of Nov. 12-13, as long as they have not qualified for the CSFL Championship Game. The additional games will be announced later during the fall once the extra matchups are finalized.

ABOUT SPRINT FOOTBALL Sprint Football is a full-contact, intercollegiate, varsity sport that features the same rules as NCAA football, except that all players must weigh 178.0 pounds or less. The league has been in existence since prior to World War II.The Collegiate Sprint Football League is comprised of 10 member institutions including Alderson Broaddus University, Army West Point, Caldwell University, Chestnut Hill College, Cornell University, Mansfield University, the U.S. Naval Academy, Post University, the University of Pennsylvania and St. Thomas Aquinas College.